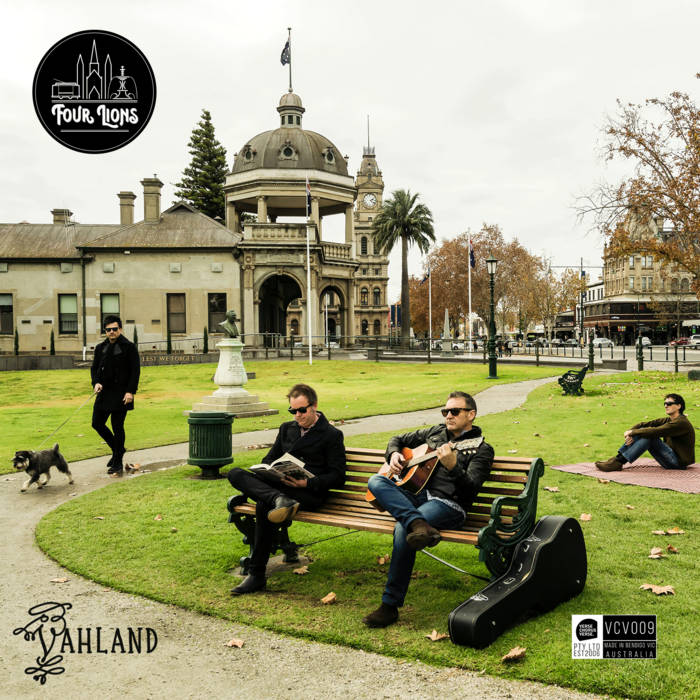 We recorded Vahland live with no headphones or click tracks just four blokes standing in a room unrehearsed with a few old microphones. The sound of the recording is two or three microphones on the drums, one on the bass cabinet and two ribbon mics on respective guitar amps. The studio was total vibe central as it’s a old gable roofed garage made from stones lying around from the property which was first established in 1857. Vahland was recorded live onto 1/2″ tape on a 8-track reel to reel machine with lead vocals and other instrument overdubs completed post basic live tracking. If we ran out of tracks to record on, things like backing vocals and percussion were recorded live while the album was being mixed down. The album was mixed live using an all analog custom built desk onto a 1/4 inch tape which was skipping along a 1968 built 2 track reel to reel machine. – Shann Lions, July 2016.

Mastered By Ludwing Diaz At US Mastering, Weston, Florida, USA.

Four Lions are an independent band out of Bendigo, Victoria, Australia

Bandcamp Daily  your guide to the world of Bandcamp

Cannibal Corpse's George "Corpsegrinder" Fisher stops by for an interview