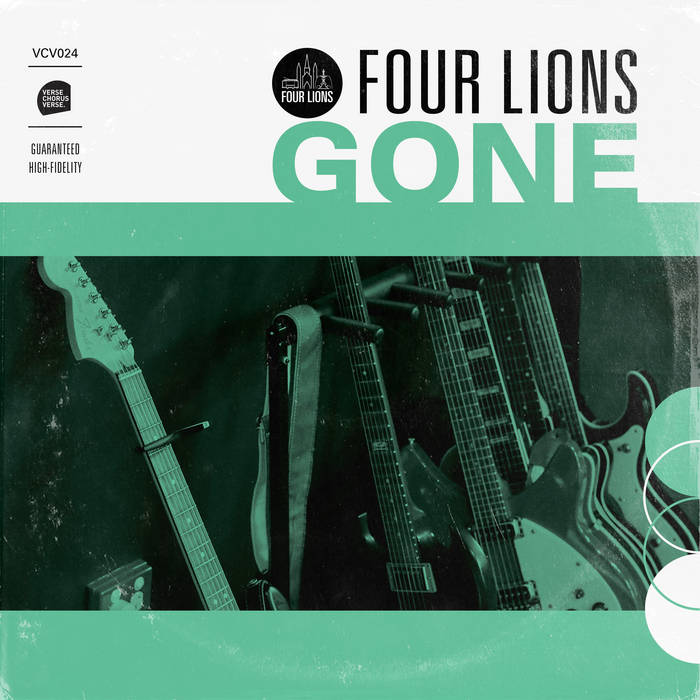 Central Victorian-based roots rockers Four Lions have harked back to their countrified roots on Gone, the third single from their latest album Hard Days. It follows on from its predecessors How Much and Stay.
Gone, penned by frontman and chief songwriter Shann Lions, was the first song written for the album - and one of the first recorded.
“It’s a song written about the anxieties of potentially failing in life and within a relationship, and never feeling good enough at both,” Lions says.

“Musically it’s a nod to Oasis. And it was one of the most fun songs written for the album.” Gone combines classic rock with touches of alt-country, embellished with flourishes of Hammond organ, courtesy of keys man Stephen Briggs, who also contributes the song’s gorgeous grand piano outro. And lead guitarist Keith MacQueen unleashes a barrage of his trademark meaty riffs in the bridge to keep the rock flag flying high.

The album Hard Days, which was released on May 1, was the Melbourne Herald Sun Album of the Week. Its release was followed by an album launch tour of regional and metropolitan Victoria, and
will be followed up by a series of interstate dates in the latter half of the year.

Blame myself for letting you in
know my failures are dealing sin
life's hands a well worn receipt
the ink's all run, faded crumbed at your feet

Cannot speak if I have no voice
tumbled and fall I've made the choice
life's hands a well worn receipt
the ink's all run, faded crumbed at your feet

Produced by The Greasy Triplets (Aka Lions, MacQueen, Keane)

Four Lions are an independent band out of Bendigo, Victoria, Australia

Bandcamp Daily  your guide to the world of Bandcamp

Cannibal Corpse's George "Corpsegrinder" Fisher stops by for an interview